“If you love what you do, you'll never work a day in your life.”

Learning in the fast-paced world of competitive pistol shooting, Dave trained with some of the fastest and most accurate shooters on earth. After being approached to provide the same type of advanced training to firearms professionals, he began to realize that these skills could save lives and would be especially useful in the field of police weapons training, where instruction at the time was dominated by stationary shooting exercises and outdated techniques. Vowing to approach police training as a science, he studied the performance of the human body under stress and integrated that into modern dynamic shooting techniques. He began writing about his common sense approach to practical firearms training in 1995, eventually becoming one of few civilians considered an expert in police weapons training.

His knowledge of firearms and his high standards of safety led Dave to become one of the primary subject-matter experts in the design of the Canadian Firearms Safety Course, literally helping to write the book on firearms safety in Canada. Dave has now written over 80 magazine articles on firearms training for a variety of police publications, been recognized in court as an expert witness and lectured on the science behind police firearms training for the Canadian Association of Journalists and the University of Manitoba Law School.

Widely sought after by the film industry as a firearms specialist, Dave has become an integral part of many movie and stage productions. Considered one of the top firearms safety specialists in the business, Dave was the keynote speaker at the 2002 Halifax conference on Safety in the Film Industry, opening speaker at the 2012 Action on Film International Film Festival in California, keynote speaker at the University of Winnipeg Student Film Festival, guest lecturer at both the University of Winnipeg and University of Manitoba film school and seminar presenter at the 2016 Annual Conference of the Canadian Institute for Theatre Technology.

in 2018, Dave was presented with an Honorary Award for his lifetime of work behind the scenes in the Winnipeg theatre community.

He has been invited to speak on the topic of firearms safety in film to groups all across Canada and the U.S. and media outlets around the world. 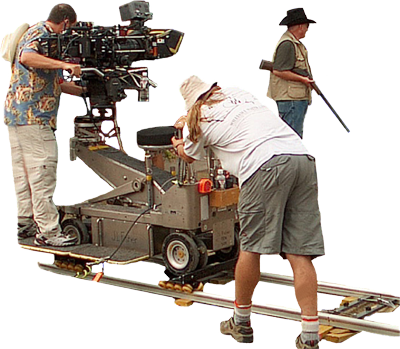 Known for his calm approach and professional manner, Dave has taught workshops across Canada and in Los Angeles. Always concerned for the safety of his colleagues and the future of the industry, he helped develop a firearms safety training module for all IATSE film and theatre technicians across North America. Dave has been interviewed by numerous media outlets over the years and recently appeared on an episode of the Discovery Channel to talk about firearms safety in the film industry.

In 2019, his knowledge and attention to detail culminated in one of the most important articles of his career. Dave was asked to write about firearms safety in the film industry for American Cinematographer Magazine, a publication of the prestigious American Society of Cinematographers (ASC).

Firearms Writer
In 1998, Dave Brown was named Tactical Firearms Editor for Blue Line Magazine, Canada's largest police publication. Always pushing for a better understanding of the science, he has contributed articles on police weapons training, police vehicles and officer survival. In 2007, as a respected expert in the field of police firearms training, Dave was invited to testify in Ottawa before the House of Commons standing committee on national security on the topic of arming Canada Border Service Agency officers. He continues today as a contributing writer on police firearms and training.

After working his way up to the status of A-Class IPSC and Master Class PPC shooter, Dave used those skills to design and deliver a wide range of advanced practical firearms training courses to police, military, tactical teams and government agencies. He coached the Canadian Military Police combat pistol team and trained Military Police units on advanced tactical pistol skills.

Dave has been particularly recognized for his skills in shotgun training for bear defence. His courses have been adopted by multiple government agencies for employees working in bear country, and his unique programs of shotgun training have become widely known for their practical approach to shotgun safety and handling.


“...using his extensive knowledge of guns to help actors and directors make scenes as convincing as possible. He shows them how trained police officers and FBI agents would hold real guns loosely in their strong hand with their weak hand wrapped around it, squeezing tightly; how they would keep their fingers off the trigger until they're about to shoot; how they would pull the trigger with even, constant pressure, rather than quick, jerky motions; and even how they would enter a room slowly with their gun pointed out in front of them, rather than up at the ceiling like James Bond.”
- Peter Vesuwalla, Smart Connections magazine, Summer 2005


“Our employees are the best trained/prepared in the use of firearms in the field. This is what I hear our employees are being told by other workers they meet.”
- Regional Occupational Health and Safety Adviser, Fisheries & Oceans Canada